Tierra Contenta: A Planned Community, 25 Years in the Making

In the past 25 years, more than 2,300 homes have been built in Tierra Contenta, located at the southwest corner of Santa Fe.

Tierra Contenta Corporation is responsible for implementing a master plan that was approved by the City of Santa Fe in 1994. It is also responsible for administering design standards for all new construction, and assisting land buyers in obtaining subdivision plat and development plan approvals for each phase of the development.

In accordance with the original Master Plan, at least 40% of the dwelling units in Tierra Contenta have to be affordable to homebuyers and renters with household incomes at or below 80 percent of the Santa Fe area median income.

Jack Hiatt, President, has been an attorney for over 40 years.  Jack has received numerous recognitions and awards such as the NM State Bar Outstanding Contribution Award.  He has been part of several memberships and boards.  He has a passion for providing housing to all who need it.

Allan Baer Vice President, has practiced architecture since 1969, designing projects in a wide variety of building types, including affordable housing, in both the public and private sectors. A co-founder of Friends of Architecture Santa Fe, he is also an active participant in the American Institute of Architects at the local, state, and regional levels, and has held officer positions and leadership roles in organizing significant events.

Alexandra Ladd, Treasurer of the Tierra Contenta Board, is Director of the Office of Affordable Housing for the City of Santa Fe. In this position, she works with developers to implement Santa Fe’s inclusionary zoning program, oversees funding allocations from HUD and Santa Fe’s Affordable Housing Trust Fund, manages operational grants provided to local housing services providers, and works with the Governing Body on affordable housing policy issues.

Ruth Hamilton is a nine year resident of Tierra Contenta and member of the Southwest Area Advocates, a group of community members working to help empower represent the residents of District

Elizabeth Camacho is an economic development and communications manager for the City of Santa Fe. 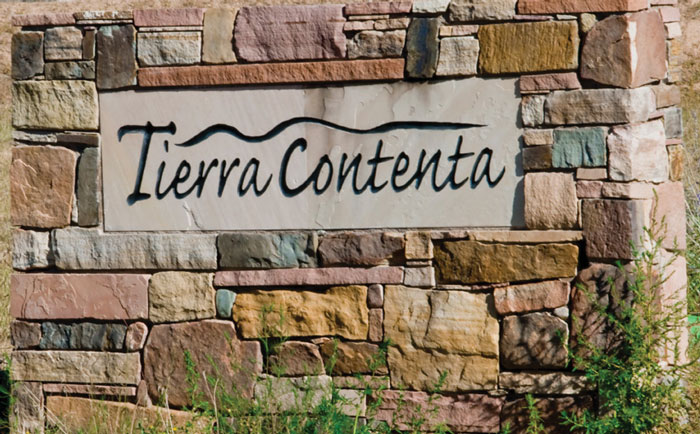